When you’ve hosted (or attended) as many weddings as we have, you start to appreciate the traditions that stand the test of time. While some may seem strange now, these wedding traditions continue to carry special meaning for many.

“Oh, they say when you marry in June, you’re a bride all your life,
and the bridegroom who marries in June gets a sweet-heart for a wife.”

June continues to be the most popular month to get married. You’ve probably wondered why all the superstitious hype and booked up wedding venues during that time. The name June is derived from the Roman goddess of marriage, Juno. Families believed when a couple married in June, they would be blessed with happiness forever. But the warmer weather could be another reason why June is the perfect month for your big day.

The tradition of a wedding ring has been around for an eternity. The band of the ring literally represents eternity because it doesn’t have a beginning or an end. When placed on your finger, you agree to a never-ending commitment. While the style of the ring itself changes constantly, from tattooed rings to “man-gagement” bands, the meaning remains an unwavering symbol of marriage.

Before you say, “I Do,” the bride and groom exchange heartfelt promises during the wedding ceremony. Typically, the couple says the traditional wedding vows derived from their chosen religion. In addition to the popular “in sickness and in health, to love and to cherish, till death do us part,” many couples now create their own clever vows that showcase humor or sentimental memories. 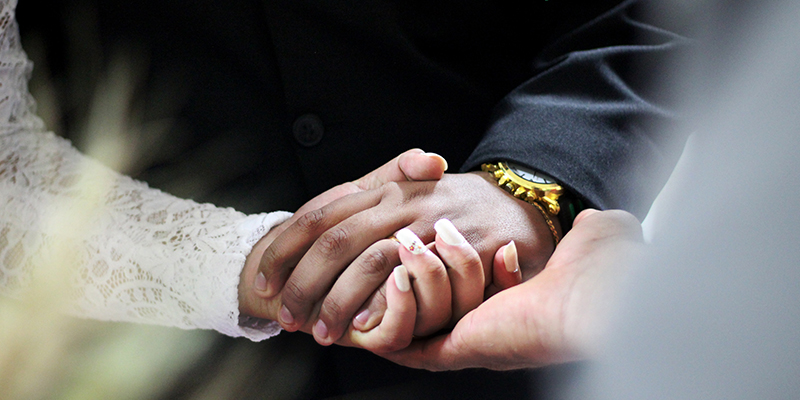 Heads up! This silly, albeit fun, tradition stems from England where the bride was believed to be lucky on her wedding day. To avoid women stealing her gown to obtain good luck, the bride would toss the bouquet and the luck would be passed onto the woman who caught it. While tossing the bouquet still makes an appearance, the more common belief is that whoever catches the flowers will be next to get married. 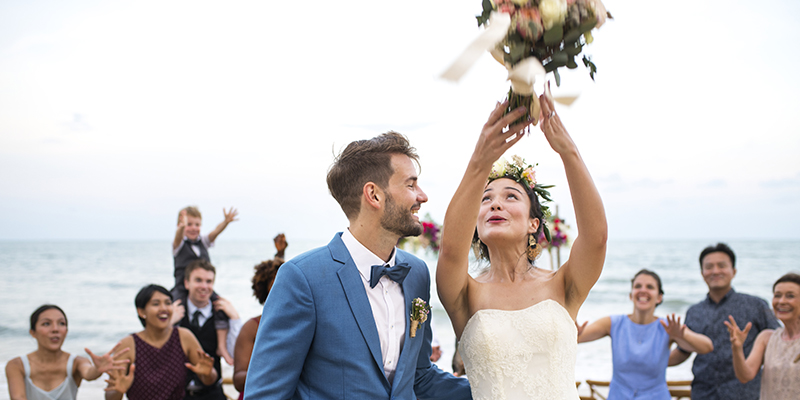 On her big day, the bride will often wear four meaningful items. Something old represents continuity and stability, as it’s been around for a long time. Something new symbolizes optimism and good fortune in your new life together. Something borrowed represents borrowed happiness from someone who loves you. Something blue symbolizes love and fidelity. You can see why we’re glad this tradition has stuck around; It’s everything we hope for, for our new couples.

Did you know that the first wedding registry was started by Macy’s in 1924? Not so much an ancient tradition, the registry is designed to help new couples start their life together. It ensures the bride and groom only receive items they need and no duplicates! Couples are even taking a twist on the original wedding registry by having a Honeymoon Registry or Donation Registry.

Need a venue to host your wedding? Say your vows where the mountain meets the sky at Owl’s Nest Resort. And, it doesn’t just have to be in June! We would love to see what traditions, and unconventional surprises, you have planned. Contact us today for more information.

Any cookies that may not be particularly necessary for the website to function and is used specifically to collect user personal data via analytics, ads, other embedded contents are termed as non-necessary cookies. It is mandatory to procure user consent prior to running these cookies on your website.